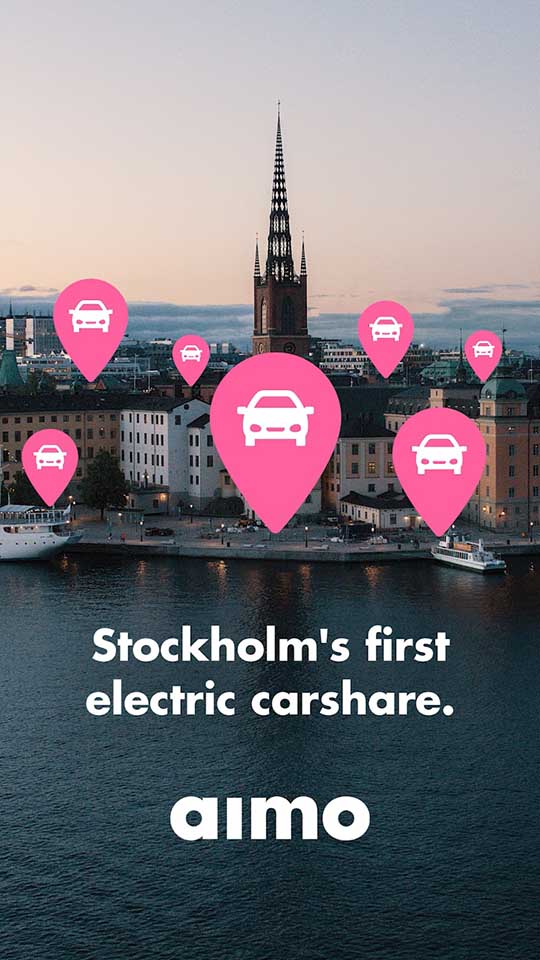 In October 2018, Stockholm got their first electric car sharing service and with 300 available aimo’s on the streets of Stockholm, aimo was launched. Our mission was to compose aimo’s launch campaign strategy in social media with the main focus on conversion and loyalty. The goal was to establish aimo’s brand awareness, seize relevant target audience groups based on interests and behaviors, drive app installs and maintain frequent users. Said and done, we set an ambitious goal for 20,000 app installs in three months.

In order to create and customize a waterproof communication strategy, our initial job was to analyze competitors and potential target audiences both within the tolls of Stockholm and in the nearby suburbs. The strategy was set through the analysis, which included a detailed content- and distribution plan for each target audience segment. Although the goal was the same for each target segment (establish brand awareness, consideration for the service and maximizing the usage of the app) the perception of aimo’s message would be experienced uniquely based depending on lifestyle and behaviorism.

Based on aimo’s brand concept “gets you there”, we created and produced ads tailored to our four focus areas that aimed to grab attention, build awareness and encourage frequent usage of the service. During the launch campaign, our ads was exposed to the citizens of Stockholm by using a creative combination of aimo’s car details along with relevant keywords in order to establish the right associations. The brand awareness ads’ purpose was to set aimo on the map as “Stockholm’s first electric car share” by using visual connections to the car exterior and recognition attributes of Stockholm. Moving down the funnel, following ads’ focus and creatives was strictly on the behaviorism of the target audiences. This meant each target audience was served customized ads based on their unique behavior and lifestyle choices.

The distribution plan included three campaigns: pre launch, launch and post launch. Pre launch aimed to build brand awareness and collect data on our target audiences, which would be used for the launch campaign. The launch campaign focused on establishing a broad brand awareness of aimo and its service in Stockholm. The core audience was segmented into three categories: competitors, demography and lifestyle. Along with the segmented core audiences we executed A/B split tests between rational and emotional values. In addition, we processed the engaged audience (the ones who had downloaded the app but not registered or used the service) by showing them dynamic product ads (DPA), which gives you the ability to granularly target people with high relevance and at all stages of the sales funnel. 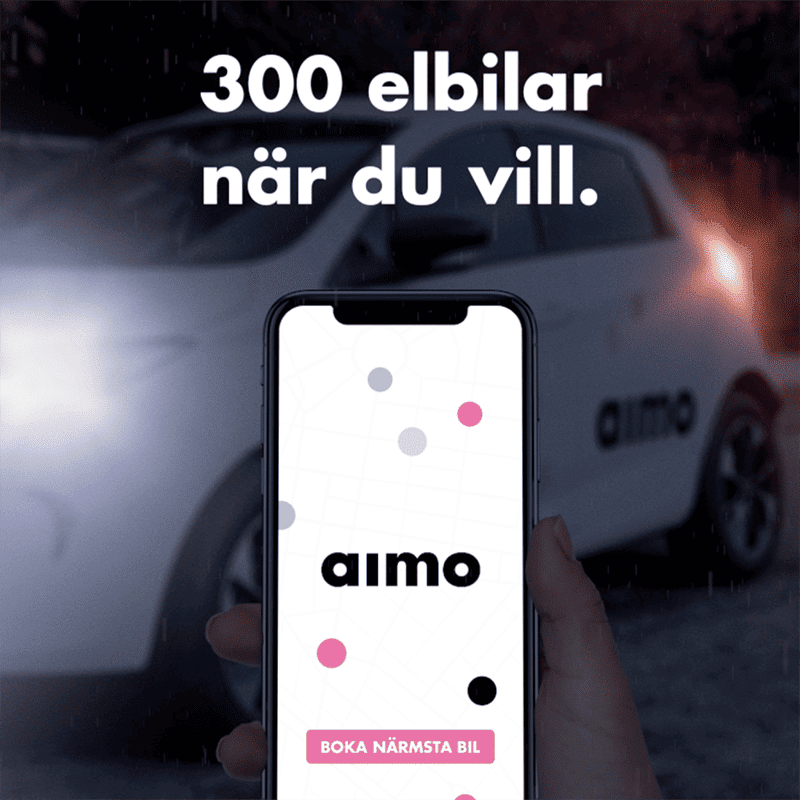 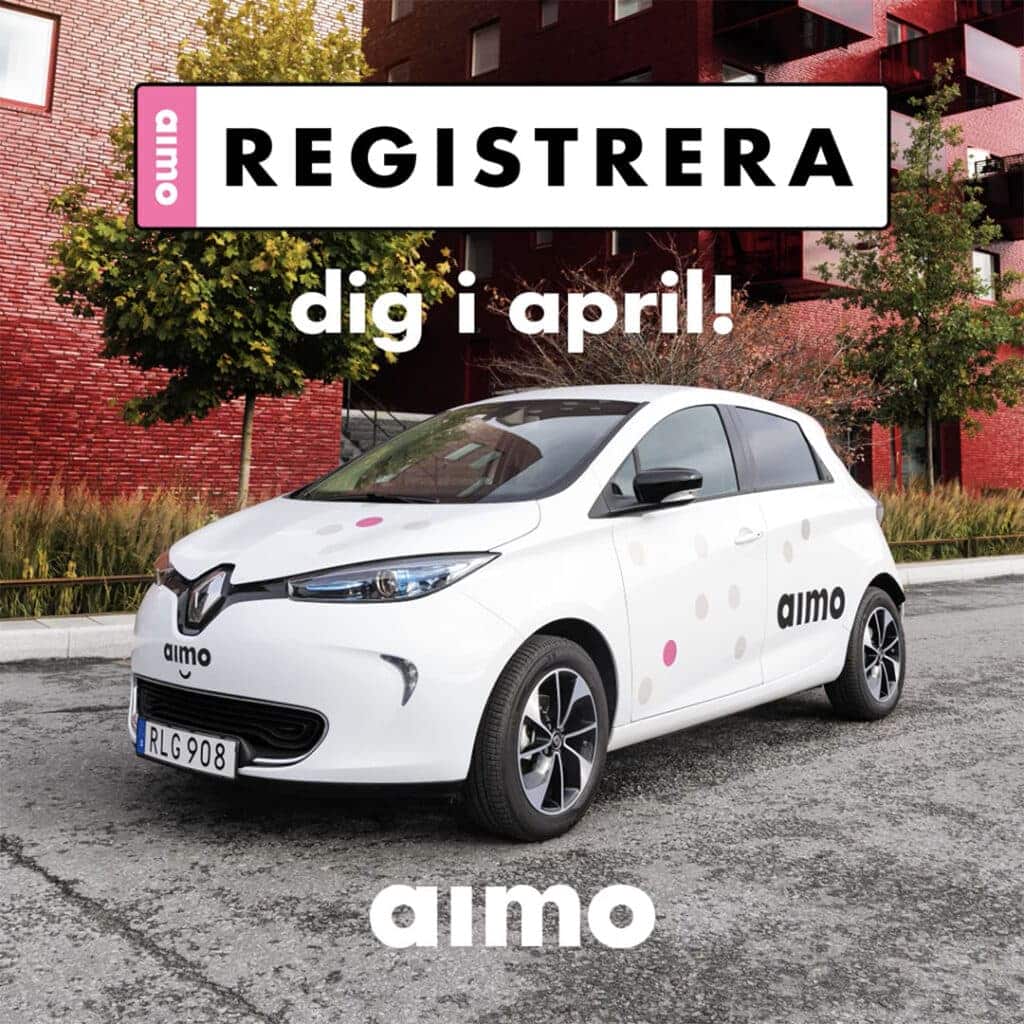 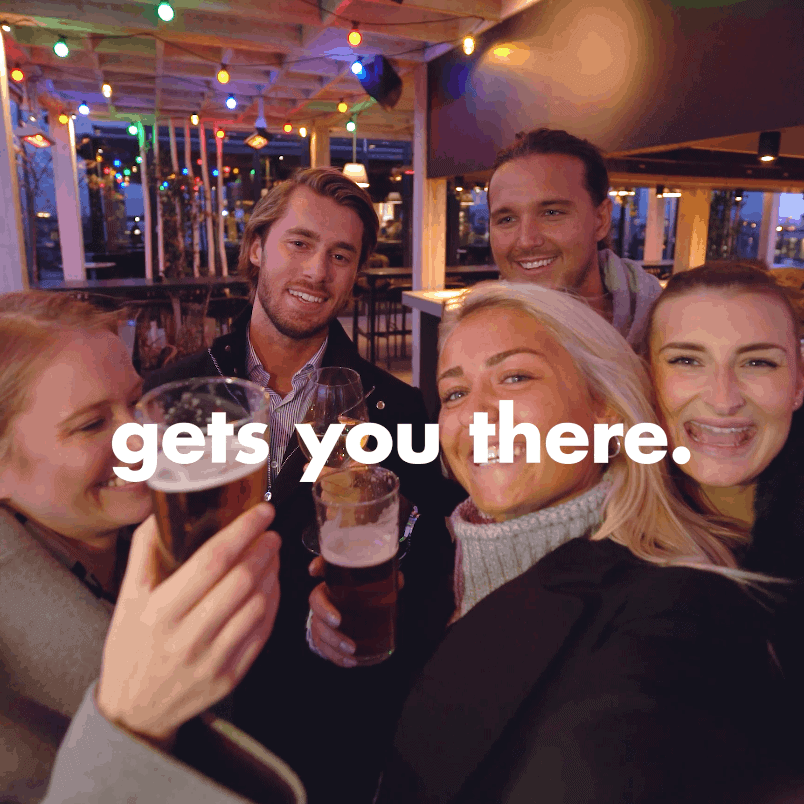 Are you curious about DigiView and how our marketing team could help you accelerate your business growth?

Hit us up with your information and wonderings, and we will respond as soon as we can!